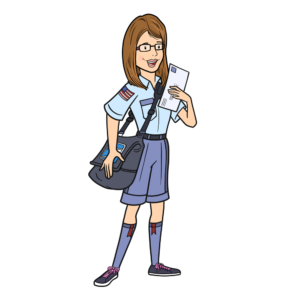 Hey there. I’m Kimberly Dunworthy and I work for the post office here in Shady Pines Story Town. As you might imagine, I love stamps. Do you know why? Because postage stamps honor places, events, and people from all over the world.

It’s fun to learn about the famous faces on those stamps. For instance, January 20, 2020, is Martin Luther King Day. It’s celebrated each year on the third Monday of January in remeberance of his birthday. (Januray 15) And guess what? MLK has a stamp! Just knowing that he has a stamp made me want to know more about him. 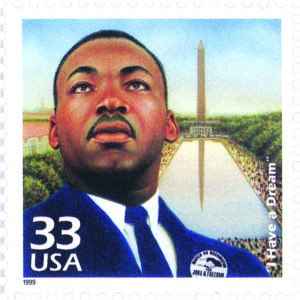 Dr. King was a Babtist minister and a leader in the movement to end racial segregation in the United States. That means he wanted black and white people to be treated the same. His most famous address was the “I Have A Dream” speech which he gave on the steps of the Lincoln Memorial in Washington, D.C. in front of thousands of 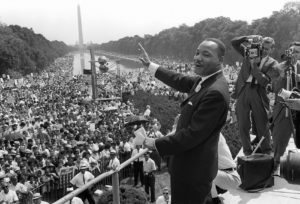 people. His dream was that one day we would all measure a person by the content of their character and not by the color of their skin.

All the while Dr. King worked to promote equality and end racisim, he was promoting the idea of nonviolent protest. Because of all of his work for the people of our nation, he became the youngest man to be awarded the Nobel Peace Prize for his important contributions to the Civil Rights Movement. Isn’t that cool?

Sadly, MLK never lived long enough to see the changes he worked so hard to make happen. But bcause of all that he acomplished, the campaign for a national holiday in King’s honor began soon after his assassination in 1968. President Ronald Reagan signed the holiday into law in 1983. It was first observed three years later. But even then, some states resisted observing a holiday named for a black American. Finally, in the year 2000, it became official in all 50 states.

A DAY TO SERVE

One day I’d like to visit the monument that was bult to honor Dr. King in our nation’s capitol. The Martin Luther King, Jr. Memorial sits across the Tidal Basin from the Thomas Jefferson Memorial in Washington, D.C. not far from the Washington Monument you can see in this photo. If you’re interested in how this stone tribute was build you can read more about THE MLK MEMORIAL.

In the meantime, since I won’t be delivering mail with it being a federal holiday and all, I’m going to do as MLK himself would do. Since Dr. King’s life was devoted to serving others, I’m going to spend part of his holiday helping out at the Shady Pines Community Center. We have a coat drive going to make sure everyone in our town has a warm coat for the winter. Today people will be dropping off coats they’re not using or maybe have outgrown. All sizes of coats are welcome. We’ll have them on display so people who need one will be able to get one for themselves of a family member. You see, that’s the Shady Pines Way!

**** Leave us a comment below and let us know what this holiday means to you.