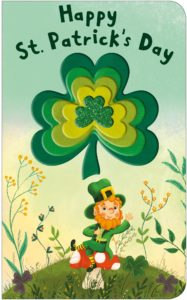 Are you ready to get your green on? Hi there. I’m Zulah Talmadge with The Shady Pines Gazette news. Mark your calendar because March 17th is THE day and it’s next week!

Here in Shady Pines Story Town, we love to celebrate St. Patrick’s Day with its shamrocks and all things Irish. From leprechauns to the color green, find out how symbols we now associate with St. Patrick’s Day came to be. Wait ’til you find out about one that Americans just made up!

The shamrock, which was also called the “seamroy,” was a sacred plant in ancient Ireland because it symbolized the rebirth of spring. Later on, the shamrock would become a symbol of emerging Irish nationalism. That happened when the English army started to take over Irish land and declare it for England. They even made laws against the use of the Irish language and the practice of being a Catholic. Well, that did it. The Irish began to wear the shamrock as a symbol of their pride in their heritage and their displeasure with English rule. 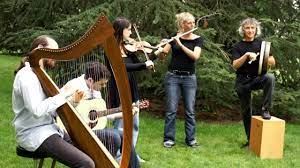 Music is a big part of celebrating St. Patrick’s Day—and Irish culture in general. From ancient days right up until now, the Irish pass along their religion, legend and history from one generation to the next through stories and songs. Long ago, being conquered by the English, the Irish were not allowed to speak their own language. So, they turned to music to help them celebrate important events. It was their way of holding on to their heritage and history. 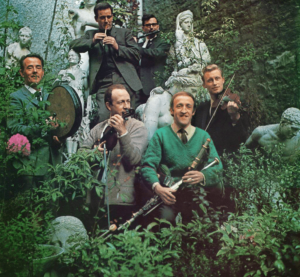 Today, traditional Irish bands like The Chieftains, the Clancy Brothers and Tommy Makem are gaining a following  around the world. Their music is produced with instruments that have been used for centuries. That includes the fiddle, the harp, the uilleann pipes (a sort of elaborate bagpipe), the tin whistle (a sort of flute that is actually made of nickel-silver, brass or aluminum) and the bodhran (an ancient type of framed-up-drum that was traditionally used in warfare rather than music.)

Do you know the story of the snakes? Well, for a very long time people believed that when St. Patrick came to Ireland he did something really big. You see, Patrick was a Catholic priest. As the story goes, it was during his mission in Ireland that St. Patrick once stood on a hilltop. Then, with only a wooden staff by his side, the powerful priest kicked all the snakes out of Ireland.

But that turned out to be a myth. It wasn’t true. In fact, Ireland is an island nation and was never home to any snakes. The so called, “banishing of the snakes,” was really just another way of explaining that little by little all religious beliefs that weren’t Christian faded away from Ireland.

Before you knew it, the nationwide religion of Christianity was restored. Within 200 years of Patrick’s arrival, Ireland was completely Christianized. The snakes represented the “other religious beliefs.” 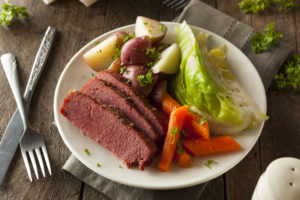 This is a tradition that is very American. It started when many Irish people fled their homeland in hopes for a better life in America. Irish immigrants living on New York City’s Lower East Side substituted corned beef for their traditional dish of Irish bacon to save money. They learned about the cheaper alternative from their Jewish neighbors. And, that’s how the tradition of corned beef and cabbage on St. Patrick’s Day began. 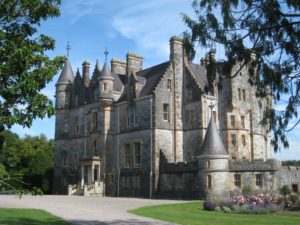 The Blarney stone is one of Ireland’s biggest tourist attractions. 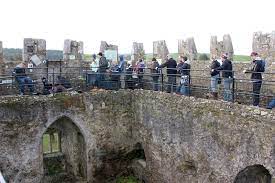 To find it you have to drive about 5 miles from Cork, Ireland, to the grounds of a castle. Before the pandemic hit, hundreds of tourists would visit Blarney Castle every day.

This castle is one of Ireland’s oldest and most historic. It’s not easy to get to the stone because that valuable slap of limestone is located way up high on the castle’s wall.

Vistors are willing to make the journey to this place for one reason: to kiss the Blarney Stone. People think that kissing the stone will give them the “gift of the gab” (make them good at

talking). There is usually a long line of people waiting to kiss it. Imagine standing way up there on that ledge.

When it’s your turn, you find out it’s kinda difficult to actually kiss the Blarney Stone. You have to get down and flip over onto your back while someone holds you. That means you’re lying there with you head hanging over a wall and looking a long way down.

All this to kiss a stone. That’s why some people say it’s just, “Blarney!” 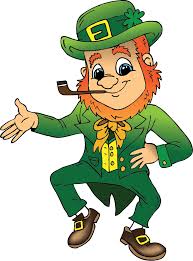 The original Irish name for these figures of folklore is “lobaircin,” meaning “small-bodied fellow.”

Belief in leprechauns probably stems from a long time back in history when people in Ireland were known as Celtics. They believed in fairies, who according to folklore, were tiny men who dressed in green, had beards, smoked pipes and wore buckled shoes. Leprechauns were known to be shoemakers who would sometimes pull pranks and make mischief.

They were secretive, too. In order to make sure no humans could take their gold, the leprechauns buried it in pots deep underground. People say when rainbows appear, they always end at a spot where some leprechaun’s pot of gold is buried. 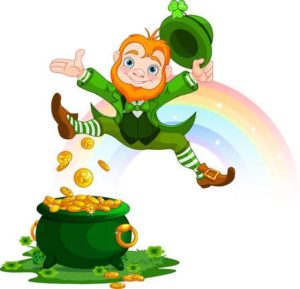 Leprechauns were known to have magical powers to serve good or evil. If a human got near their pot of gold, legend has it, they would pull out all the stops to protect their much-fabled treasure.

We hope you treasure your experiences this St. Patrick’s Day! 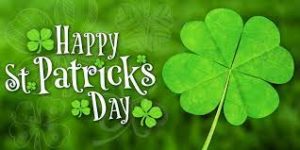