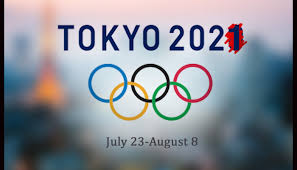 The countdown to the 2021 Tokyo Olmpic Games is on! Hi everyone.

I’m Scoop the Cub Reporter with The Shady Pines Gazette news and I’m getting pumped.  We’ve had to wait an extra year for the Olympics to roll around. Remember how it got cancelled last year becuase of the pandemic?

Well my editor, Zulah Talmadge, has given me a really cool assignment. I’m supposed to find some of the best reasons why kids in Shady Pines should watch this big sporting event.

I know most of them would rather be watching cartoons. But, hey, the Olympics only happens every four years. And there are some fun facts to know. Let’s get started. 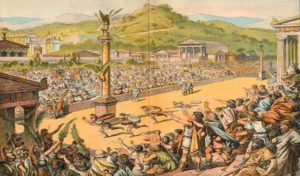 The Olympics themselves have been around for a really long time. Written records in Greece date the 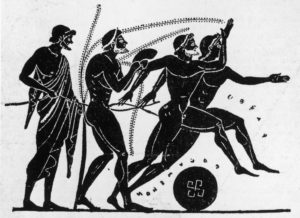 games back to 776 B.C. They might have been going on for years before that! Athletic competitions took place every four years near Olympia, Greece, during a religious festival honoring Zeus. Zeus is the god of the sky in ancient Greek mythology

But these ancient Olympic Games weren’t very well organized. The idea got a second chance in 1896 in Athens, and that event featured around 280 athletes (all male) who hailed from 13 countries and competed in 43 events. 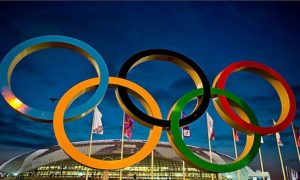 The Olympic motto is made up of three Latin words : Citius – Altius – Fortius. These words mean Faster – Higher – Stronger.

There is no greater symbol for the world’s biggst sporting event than the Olympic rings. You’ll find them featured on flags, fields of play and on buildings. These well known rings represent atheletes from around the world coming together to compete in a whole bunch of sporting events for two weeks. 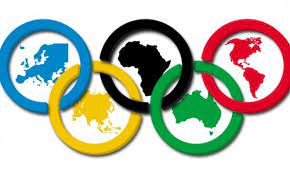 Each ring symbolizes one of the five continents and they are all color coordinated. If you look closely you’ll see what I mean: Africa (yellow), the Americas (red), Asia (green), Europe (black), and Oceania (blue). 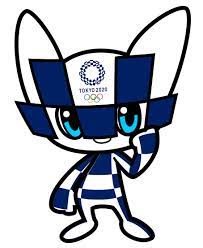 The name MIRAITOWA is based on the Japanese words “mirai”, meaning “future”, and “towa”, meaning “eternity,”

representing the wish that the Tokyo 2021 Olympic Games will lead to a future of everlasting hope in the hearts of everyone around the world.

Isn’t that a great message? And that’s not all.

For the first time in Olympic history, the mascot for this year’s games was chosen exclusively by elementary school children. Children in 16,769 Japanese elementary schools, at home and abroad, participated in the voting.

4. New and Old Sports In the Lineup this Time 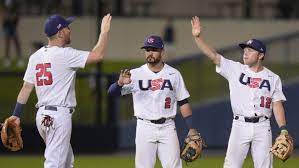 Remember Olympic baseball and softball? They’re back! After missing the 2012 and 2016 Olympics, the International Olympic Committee (IOC)  re-added the two sports.for this year’s Olympics in Japan, one of the most baseball-crazed countries in the world. 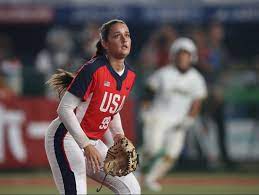 We still won’t see any Major League baseball players taking part, but there’s a good chance we’ll see some stars in the making.

On the softball side, the U.S. team remains one of the best in the world and a matchup against Japan for the gold medal on their rival’s home turf would make for appointment viewing.

Skateboarding is another high-profile addition to the Games visitors will be able see in 2021. Some are questioning whther this should be an Olympic sport.

You’ll have to watch and decide for yourself.

Some other sports are being added to the line up this year. Like skateboarding, these are considered by many people as non traditional Olympic events.

Still, we will be seeing surfing, sport climbing and karate (duh, Japan) in the Games for the first time ever.

5. The Ever So Important Olympic Torch

The Olympics are as much about peace and friendship between competing nations as they are about the results of the competition. One of the most famous symbols every four years is the Olympic torch. The Olympic flame is already on its way from Athens, Greece to Tokyo with the help of the torch relay. Each runner carrying the torch passes the flame to the next in line.

Being selected as a torchbearer is a special honor.

The arrival of the flame in each town on the relay route signifies the lead up to the games, as well as a message of friendship and peace.

When the torch finally arrives at the Olympic stadium in Tokyo during the opening ceremony on Friday July 23rd, it 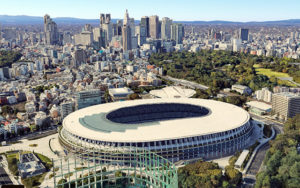 will be lit in a spcial container and the Games will officially begin.

You won’t want to miss any of the action. That’s why I found a Guide for kids 8-14 years old that your family can use to follow everything. It covers all 41 Tokyo Olympic sports including the history, basic rules, trivia, featured athletes and where to watch. 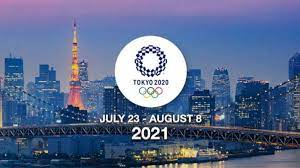 Each sport also has a full page of activities including word searches and scrambles, crosswords and math puzzles, mazes and discussion questions about the sport.

The digital version is free and can be downloaded at www.sportsengine.com/kids-guide. (Shady Pines Story Town is not affiliated with this guide)