What Do You Really Know About Labor Day?

Why is Labor Day a Big Deal? 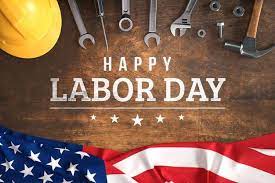 It’s almost time to trade in your summer flip flops for your fall hiking shoes. Why do I say that? Because Labor Day weekend in Shady Pines is nearly here. Do you know why we celebrate the first Monday in September as Labor Day? Or, why most people view Labor Day as the unofficial end of summer? I’m Zulah Talmadge in The Shady Pines Gazette news office and I’ve been looking into the answers to those questions.

You probably know that Labor Day is the holiday when we celebrate the hard work and accomplishments of workers in America. On this day each year, we honor how they help make our country strong and successful.

I’ve got a little history to share with you about how this holiday began. Way back in the 1800s, many people worked very long hours in unsafe factories or mines. Not only was it scary to work in those places, the workers didn’t make much money. Even young children woul work all day in these places and made even less money than the adults. 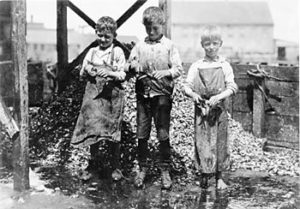 Their job was much harder and more dangerous than the chores kids do today, like cleaning their room and taking out the trash.

These workers decided they had to do something to improve their situation. So they joined unions, which were organized groups of workers created to look out for their members.

Sometimes the union workers would hold marches and protests to complain about the bad conditions in which they worked and the low pay they received.

In September 5, 1882, union workers from many different trades, or kinds of jobsgot together to hold a big event. The workers took a day off and lost a day’s pay to march in New York City. They 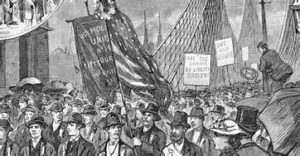 After the march was over a whole bunch of those people stayed around to have a picnic and enjoy their day off with other families in New York’s Central Park.  This became the first unofficial Labor Day parade and may be the beginning of the Labor Day picnic tradition!

That first march sparked a movement. From then on the celebration of workers became more popular in other parts of the United States every year. In 1887, Oregon was the first state to pass a law making Labor Day a holiday. 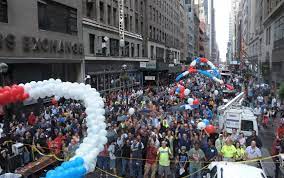 Thousands of union workers participated in the 2018 Labor Day Parade. New York City’s biggest labor unions came flooded the Midtown Manhattan street as a reminder of the hard-fought rights won by the nation’s labor unions and, according to the prevalent chant of the day, that “New York City is a Union Town.”

Normally, colorful parades are held in cities all over the nation, including St. Louis, Missouri. This year just like 2020, there may not be as many parades as we’ve seen in years past. With the number of Covid cases on the rise again, a lot of cities may not think large gatherings are a good idea right now. Guess we’ll have to wait and see about that.

In the meantime, back to the story. In 1894, Congress passed an act to celebrate American workers. That’s how Labor Day became a national holiday that would be held on the first Monday . 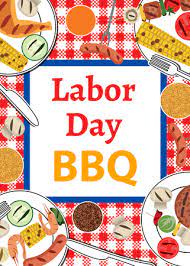 Some people say the September date was chosen because it falls between the 4th of July and Thanksgiving.

But to tell you the truth, no one knows for sure if that’s the reason. One thing we do know. You can still celebrate the day with a picnic or a Bar-B-Q. Being outside, even with social distancing, you can have plenty of good, old fashion, fun!

Thank goodness working conditions have greatly improved in the United States since the 19th century. Even so, we still have a long way to go before all workers are treated with the dignity and respect they deserve. You should ask your parents about 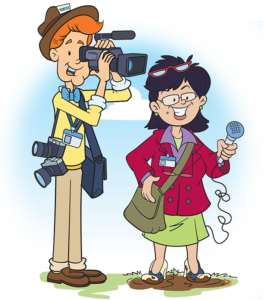 the jobs they’ve had in the past and how they were treated. That could get really interesting.

Not every worker gets time off for Labor Day. Take me and Scoop the Cub Reporter for example. We’ll be all over the place this weekend. And do you know why? 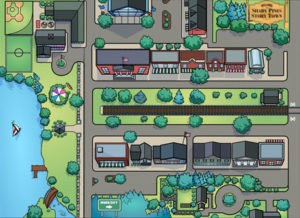 Because we have a lot of ground to cover. We’ll be checking in with folks in and around Shady Pines reporting on what y’all are doing to celebrate this special holiday.
Why don’t you let us know in the comments below what you and your family are planning for this last unofficial weekend of summer!
See ya later. – Zulah