From Poor Student to Genius Inventor 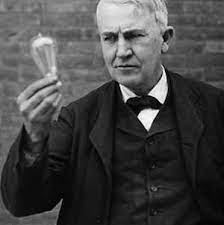 Here’s a story to inspire you to never give up on your dreams.

I’m Zulah Talmadge, Editor of The Shady Pines Gazette news. Do you love your cell phone?

How about movies or your digital camera? Well, we have one man to thank for those inventions and a whole lot more.

And you know what? When he was a boy a lot of people didn’t think he’d amount to much.

Instead, he grew up to be one of the greatest inventors this country has ever known. That man was Thomas Alva Edison and his birthday is Thursday, February 11th.

We all see better in the dark because Edison invented a more efficient electric light bulb. Just try and imagine how different life was before his inventions.

Shining Light Into the Darkness

The only way families could communicate with each other was through letters, which could take weeks or even months to arrive. For light, people used candles or oil lamps, which were smoky and messy. 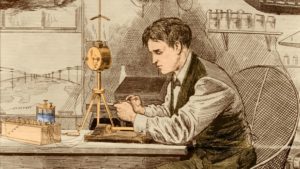 Edison not only invented things but he also made improvements to equipment already in use.  Way before the cell phone there was the telegraph. Edison made the machine smaller and able to send and receive four messages at time. 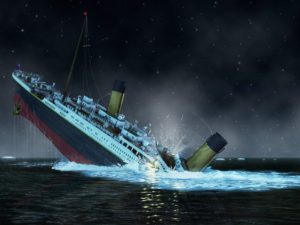 Those changes let people send messages quickly. In war time or emergencies, telegraphs saved lives. When the luxury oceanliner Titanic sunk in the Atlantic Ocean, it was a telegraph that alerted rescuers to the disaster.

The young Thomas was a busy, curious boy who got into trouble at school. 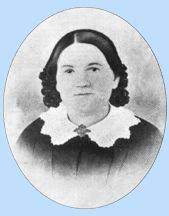 His teacher called him “addled,” which means slow or dim. 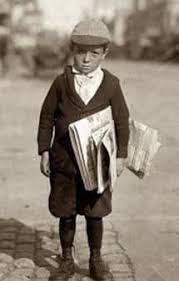 That’s right. They didn’t think he was very smart. Edison’s mother was frustrated with the school.

Nancy Edison knew her son could learn. She decided to teach him at home instead. Her ideas worked. Before long, she had taught Edison everything she knew.

He started reading books from the library and teaching himself.

Born in Ohio, Edison’s family later moved to Michigan. In 1859, he took a job selling newspapers and candy on the Grand Trunk Railroad to Detroit.

From Poor Student to Self Starter 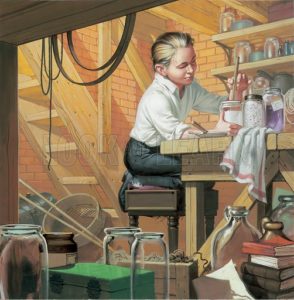 In the baggage car of the train, Edison set up a laboratory for his chemistry experiments. At only 12 years old he was operating a printing press and started publishing 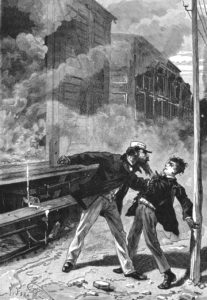 It was the first newspaper published on a train.

Unfortunately he accidentally started a fire while doing one of his chemical experiments and they kicked him off the train.

Thomas Edison lived a long and productive life. He submitted his last invention for patent when he was 80 years old. In all, he had 1,093 inventions.

Some of his other best known inventions include the phonograph (which recorded sounds and played them back) and the movie camera. That’s right.  Every time you watch a movie you now know who made that possible. 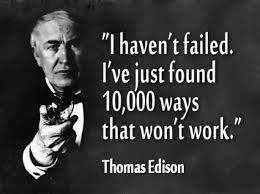 The best thing about Thomas Edison is that he never gave up. Even when he tried something new and it didn’t work out, he just kept trying until it did.

Happy Birthday to an American who inspires all of us to have faith in ourselves and know that anything is possible!