The Moon is In the Pink this April 26th 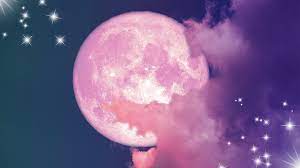 Are you ready for the 2021 Pink Moon? Monday night’s full moon will be the first of two supermoons this year. We’re excited about it here at The Shady Pines Gazette. I’m Zulah Talmadge and I want to let you know about this colorful moon.

According to NASA, the “pink super moon” will be at its biggest and brightest at 11:32 p.m. ET tonight, April 26, 2021. The National Weather Service says most in Upstate New York should be able to enjoy it as the forecast calls for mostly clear skies until after midnight.

Check this moonrise calculator to see when the supermoon might start climbing into the sky near you. The moon will especially be bright because it’s a “supermoon,” which occurs when the full moon is at its closest points to Earth. Supermoons can appear about 7% bigger and 15% brighter than a typical full moon, according to the Old Farmer’s Almanac. 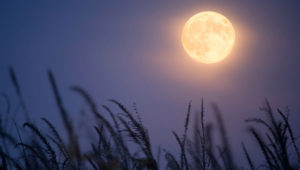 Just so you aren’t disappointed, Monday night’s moon won’t actually look pink, though.“The moon will be its usual golden color near the horizon and fade to a bright white as it glides overhead,” the Almanac said.

The full moon in April is only called the Pink Moon because it coincides with the early springtime blooms of phlox subulata, a “moss pink” wildflower commonly known as creeping phlox or moss phlox. April’s full moon is also known as the Fish Moon, Sprouting Grass Moon, and the Egg Moon.

So look to the sky tonight and see if you can spot this Super Moon. If you miss it, it wil be a full moon until Wednesday morning!